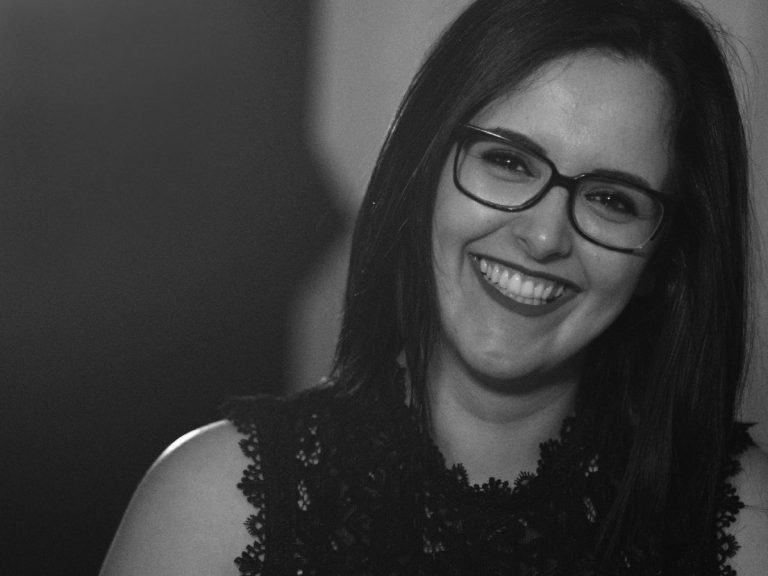 Born in Braga, Gabriela Braga Simoes joined the Calouste Gulbenkian Conservatory of Music (Braga) at the age of 6, from which she graduated in 2009, having received an Award of Merit.

In 2006, she made her first operatic debut, playing the Second Witch in Henry Purcell’s Dido and Aeneas. Later she was Anna in Kurt Weill’s Seven Deadly Sins and the Third Lady in W. A. Mozart’s Magic Flute.

In the field of musicals, she participated in The Music Man, playing the role of Mrs Paroo, and in Soap Opera, o tribute to Queen.

She played the role of Desiree Armfeldt in A Little Night Music, by Stephen Sondheim and Hugh Wheeler.

Productions of Conservatório de Música Calouste Gulbenkian.
She performs regularly in concerts, having played as a soloist in a production of the Choir and Lapa’s Orchestra in Porto, J. Ernst Eberlin’s Mass Solemnis in C minor.
She also played as a soloist with the Choir and Orchestra os Sinfonietta de Braga in Mozart’s Missa Brevis in D minor , Handel’s Dixit Dominus and Domenico Scarlatti’s Stabat Mater.

She performed as a soloist with Coro Anonimus, in a concert dedicated to the centenary of the apparitions in Fátima, where debuted Drei Hirtenkinder aus Fátima, by Arvo Part.
Graduated in Singing at Escola Superior de Musica e das Artes do Espectaculo in Porto, Gabriela studied with Jose Oliveira Lopes, Job Tome and Antonio Salgado. She has attended masterclasses with Antonio Salgado and Elisabete Matos and Jill Feldman.