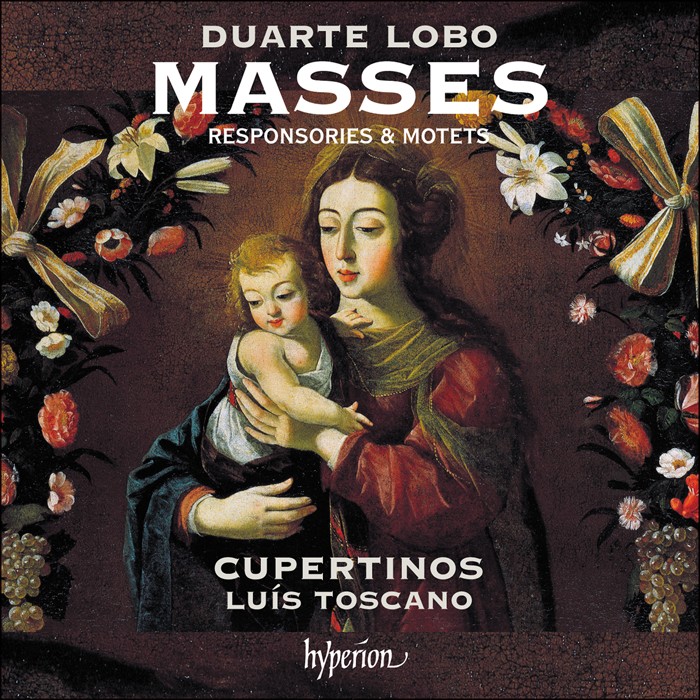 Cupertinos has unearthed 18 previously unheard works by renowned Portuguese master Duarte Lobo, which are included on this recording for the Hyperion label.

The release comes following the success of Cupertinos’ debut disc with Hyperion, which explored the unique sacred repertoire of Manuel Cardoso and was awarded the 2019 Early Music Gramophone Award.

Cupertinos Musical Director, Luís Toscano comments: “Duarte Lobo is one of the undisputed masters from the Golden Age of Portuguese Polyphony, yet there has been a lack of proper knowledge of his music and only a handful of works are usually recorded and performed. This is largely due to the destruction of manuscripts in Lisbon’s earthquake and subsequent fires (1755), and the disappearance of one of the partbooks from Lobo’s 1602 publication.

The latter has been addressed by Prof. José Abreu (University of Coimbra), who reconstructed the missing music for his PhD dissertation, and, in the case of the Christmas Responsories a 4vv, fine-tuned it with Cupertinos over several years, resulting in the versions now heard on this recording for the very first time. The two masses on the disc belong to the so far relatively unknown output by Duarte Lobo, which we have gradually been recovering for public fruition.

The music itself is perhaps surprisingly varied; always closely related to and stemming from the words being sung, it ranges from the contemplative, quasi-static long phrases of ‘Audivi vocem de caelo’ to vivid and uplifting moments in some of the Christmas Responsories. We hope to bring a fresh awareness and interest in Duarte Lobo’s legacy and, in a broader sense, to shed a new light on the Portuguese Musical Heritage from the 16th and 17th centuries.”